The United States has resettled more than 600,000 refugees from 60 different countries since 2006. 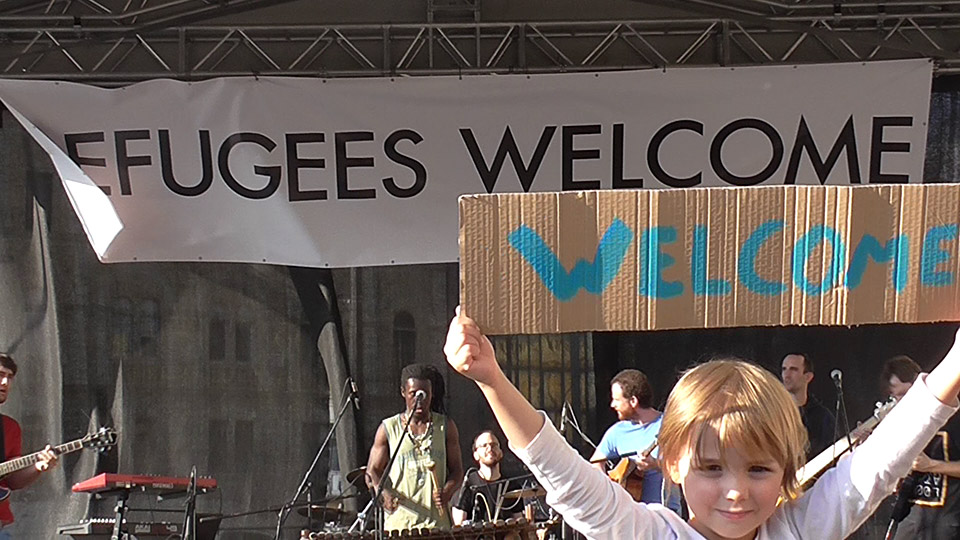 In this mini project, you will use R, ggplot, and Illustrator, Inkscape, or Gravit Designer to explore where these refugees have come from.

Here’s what you need to do:

You will be graded based on completion using the standard ✓ system, but I’ll provide comments on how you use R and ggplot2, how well you apply the principles of CRAP, The Truthful Art, and Effective Data Visualization, and how appropriate the graph is for the data and the story you’re telling. I will use this rubric to make comments and provide you with a simulated grade.

For this assignment, I am less concerned with the code (that’s why I gave most of it to you), and more concerned with the design. Choose good colors based on palettes. Choose good, clean fonts. Use the heck out of theme(). Add informative design elements in Illustrator/Inkscape/Gravit Designer. Make it look beautiful and CRAPpy. Refer to the design resources here.

Please seek out help when you need it! You know enough R (and have enough examples of code from class and your readings) to be able to do this. Your project has to be turned in individually, and your visualization should be your own (i.e. if you work with others, don’t all turn in the same graph), but you should work with others! Reach out to me for help too—I’m here to help!

You can do this, and you’ll feel like a budding dataviz witch/wizard when you’re done.

The data isn’t perfectly clean and tidy, but it’s real world data, so this is normal. Because the emphasis for this assignment is on design, not code, I’ve provided code to help you clean up the data.

These are the main issues with the data:

Data to possibly use in your plot

Here are some possible summaries of the data you might use…

This is just the refugees_clean data frame I gave you. You’ll want to filter it and select specific countries, though—you won’t really be able to plot 60 countries all at once unless you use sparklines.

Note the cumsum() function—it calculates the cumulative sum of a column.

Note the na.rm = TRUE argument in sum(). This makes R ignore any missing data when calculating the total. Without it, if R finds a missing value in the column, it will mark the final sum as NA too, which we don’t want.

Note that there are two group_by() functions here. First we get the total number of refugees per continent per year, then we group by continent only to get the cumulative sum of refugees across continents.

You can redesign one of these ugly, less-than-helpful graphs, or create a brand new visualization (like a map!). 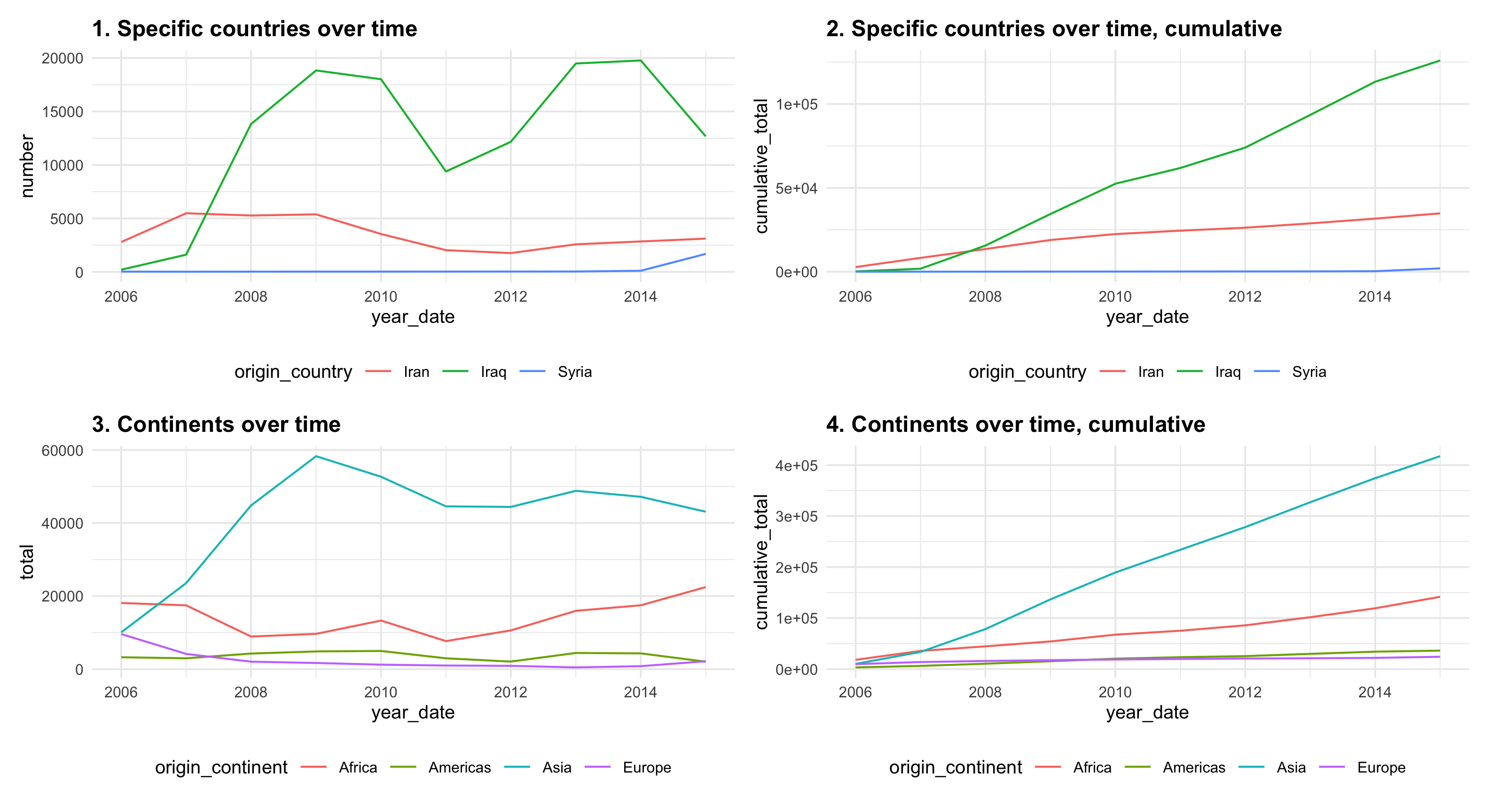 Or be super brave and make a map!